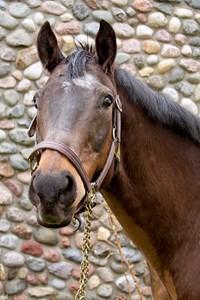 A couple of weeks ago, I told you how excited I was about the new footing system being laid in our arena. I didn’t know it at the time but this was not just any footing system.

And it’s possible because of my friends at Premier Equestrian. How’s that? Well, Children’s TherAplay is a nonprofit organization so, if we’d had to pay for the footing system ourselves, we would have been looking at something quite modest.

But then the kind folks at Premier stepped forward with a donation – a BIG donation – of footing materials so the surface that supports 750+ equine-assisted occupational and physical therapy treatments each month is as strong as it can possibly be.

Before I go any further, please join me in a giant hooved high-five for our friends at Premier. Thank you, friends.

Ready to see my photo scrapbook?

It turns out there’s a lot more that goes into a footing system than you might expect. (I sure learned a lot!). Here’s how it all happened. 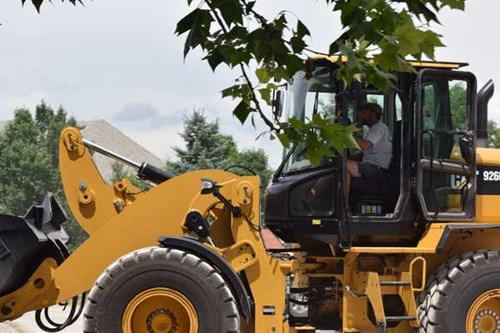 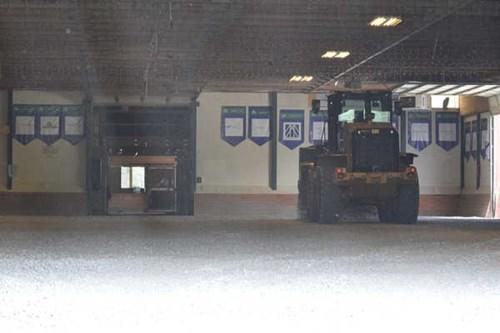 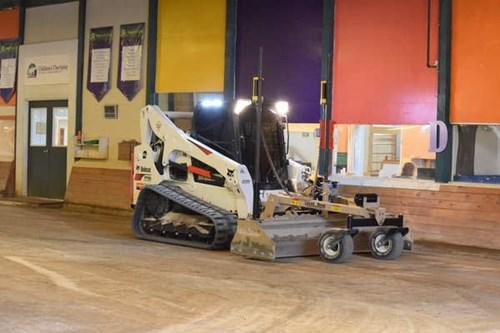 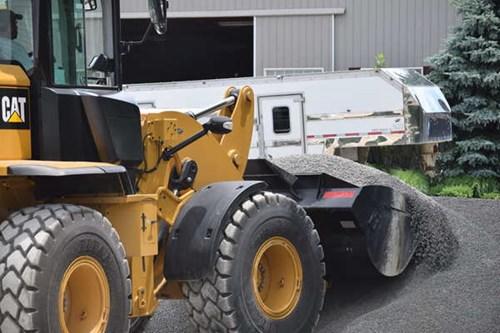 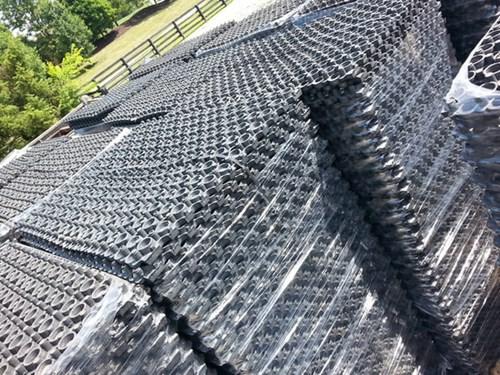 My friends at Premier Equestrian told me that these perforated mats absorb up to 40% of the energy caused by my hoof fall. My friends here at Children’s TherAplay say that’s like wearing a good pair of running shoes with insoles and an extra cushy pair of socks. 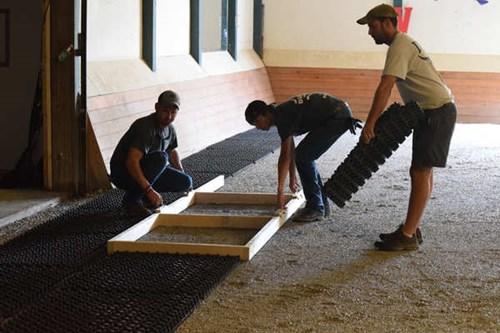 To work properly, though, these special mats must be spaced at precise intervals. (The wooden frame in the picture is called a jig. It helps make sure the mats have the appropriate spacing throughout the entire arena.) This gives them room to expand and contract – without creating craters or lumps! – as the temperature changes. 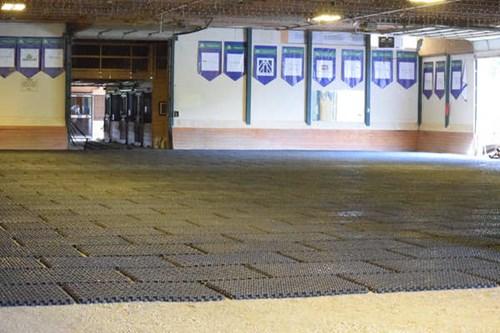 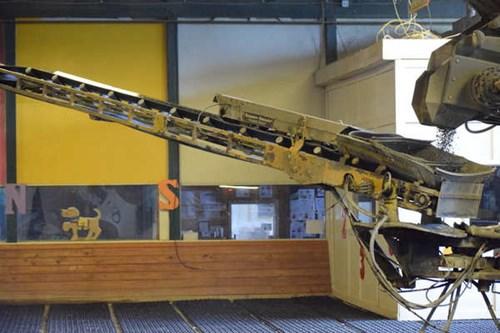 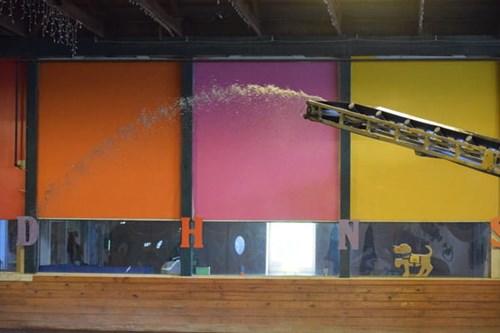 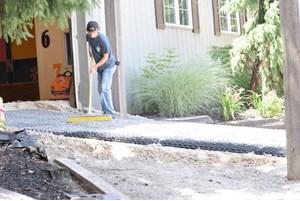 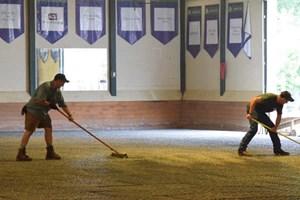 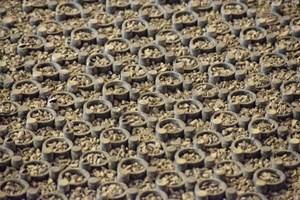 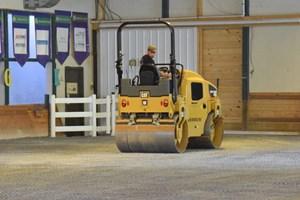 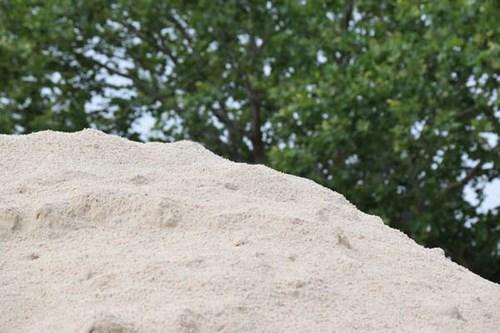 Walking on a dry beach is a lot of work because the sand particles are round like marbles. That’s great for sand castles but not so good for walking on. The sand in our arena has sub-angular particles (kind of like worn-down hexagons) which means I can move through it easily and safely. (Premier Equestrian explains it quite well.) 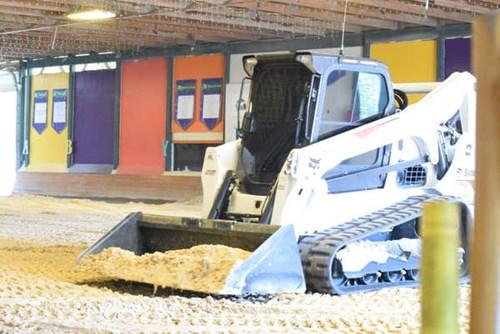 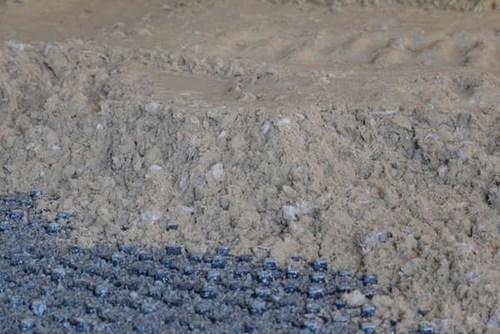 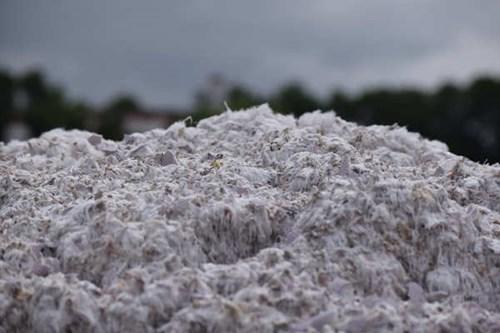 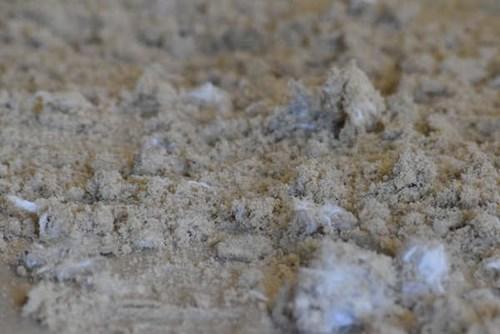 Because the new fluff (that’s what it looks like to me) footing bonds with the sand, we get to have a safe, comfortable working surface with less dust and less watering. Good news for everyone! 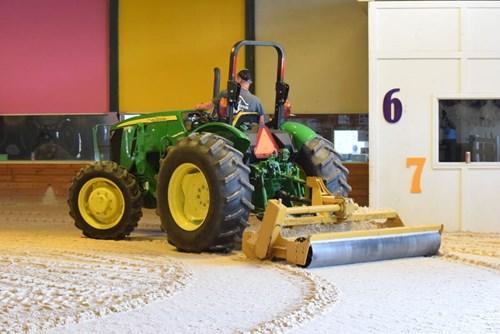 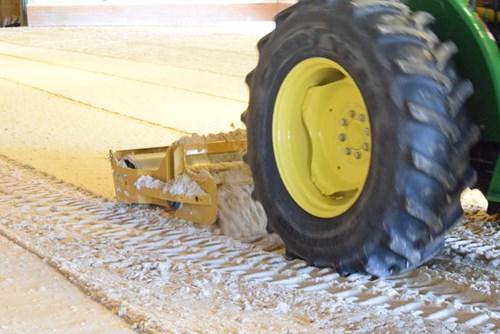 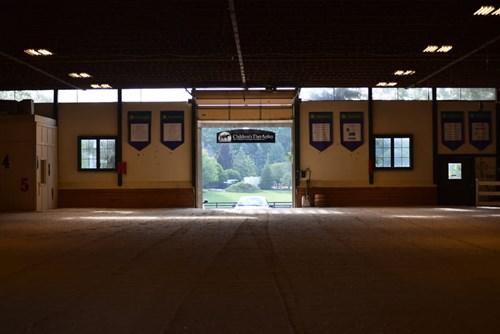 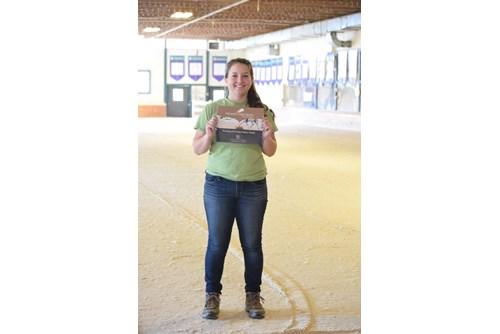 So much to be thankful for

There’s already so much to be thankful for at Children’s TherAplay. Through equine-assisted physical and occupational therapies, we’re able to bring hope and new possibilities to families and kiddos with special needs. We therapy horses have meaningful work and many friends, both large and small, who love us dearly. And we get to be part of a community that makes all this possible.

With the new footing system, there’s one more reason to be thankful. And so many people to thank:

Do you know I was a barrel-racer?

I sure was! And back then, as a youngster, I didn’t give much thought to how my body would feel 10 or 20 years down the road. With this new surface, me and all my colleagues – human and equine – will be able to do this important work – physical and occupational therapies on horseback – for the kiddos even better and more comfortably than before.

Thanks for being part of it.